A Journey to the Dark Heart of Nameless Unspeakable Evil:
Charities, Hollywood, Joseph Kony, and Other Abominations 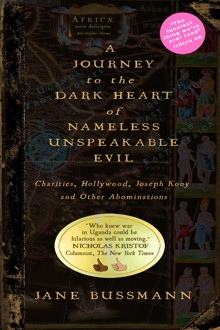 A Journey to the Dark Heart of Nameless Unspeakable Evil
Charities, Hollywood, Joseph Kony, and Other Abominations

When renegade British comedy writer Jane Bussmann found herself interviewing Hollywood celebrities for a day job, she fled to war-torn Uganda for a better life… and to seduce a sexy peacemaker. The result was this book, a brand new genre of hard-hitting comic investigation heralded by war correspondents and comedy titans alike.

From Publishers Weekly (Starred Review):
In this uproariously funny memoir-meets-travelogue, British comedy writer Bussmann (Worst Date Ever) chronicles her transition from celebrity gossip columnist to foreign news correspondent, driven by a hilariously misguided crush on a peace activist. She takes readers into Los Angeles’s “Golden Age of Stupid,” where she tries desperately to fail out of her day job by inventing celebrity interviews entirely until a threatened lawsuit from Ashton Kutcher leads to major changes. After interviewing former White House director of African affairs John Prendergast, Bussmann is compelled by his charm and the Kony story to “scam [her] way to Africa,” ultimately selling a piece to Britain’s Sunday Times. Arriving in Kampala, Bussmann is greeted by an abstinence-promoting billboard paid for by U.S. governmental aid, and stories of imprisoned journalists, and fraudulent elections. As she begins to investigate, Bussmann discovers Ugandan military sabotaging peace talks and turning a blind eye to an attack on a girls’ school, among other corruption. Bussmann’s razor-sharp wit and unapologetic narcissism may seem incongruous with the grim subject matter, but the dark humor provides an anchor of sanity to author and reader alike.

“Who knew war in Uganda could be hilarious as well as moving.” —Nicholas Kristof, columnist for the New York Times

“Jane Bussmann’s blistering tale of life in Hollywood and near-death in Uganda is both horrifying and hilarious.” —Harper Barnes, St. Louis Post-Dispatch

“One of the funniest books I’ve read for a long while.” —Sunday Times Pick of the Week

“I found myself convulsed with sinus-clearning snorts of astonished laughter. . . this potty-mouthed, sarcastic, self-deprecating female journalist with no track record on Africa and a ludicriously inappropriate CV has succeeded where scores of doughty, better-qualified males routinely stumble.” —Michela Wrong, The Spectator

“That rarest of things. . . a comedy that is truly funny.” —The Guardian

“Angry and hilarious, this is a little classic.” —Standard Pick of the Year

Jane Bussmann has written for South Park and over 50 shows, including Britain’s legendary Daily Show antecedent Brass Eye, the most complained-about program in TV history. She performs the award-winning comedy show inspired by this book to sold-out audiences from Mombasa to New York. 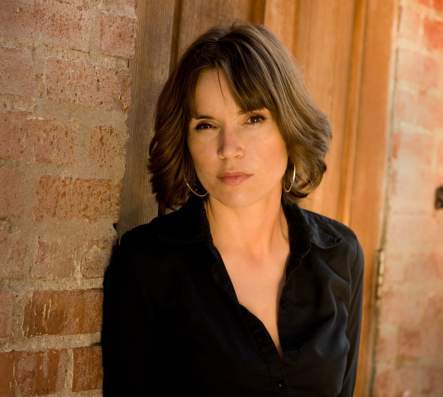